Join Jacqueline and Dave for an evening of story-telling and Jacqueline’s stunning photography. Find out how we made out when our coastal route became so rugged that we found ourselves up on the cliffs above raging surge channels (more than once!), or what it was like to sleep in a little tent with wolves growling and snarling outside (turns out they were just playing…)

Tuesday November 19, Port Alberni at the Alberni Valley Museum, Port Alberni. Doors open and meet-and-greet with the presenters at 6:30pm, show starts 7:00pm. Entry is free at the door (you can RSVP on Facebook if you want, but it is not necessary) – but do get there early to secure your seat!

Tuesday November 12, West Vancouver at the Salomon Store, West Vancouver. Doors open and meet-and-greet with the presenters at 6:45pm, show starts 7:30pm. Entry is via a free ticket, which you can reserve here: Eventbrite ticket for Secret Coast Expedition show, November 12

Wednesday November 13, Vancouver at Fjallraven, West Broadway, Vancouver. Doors open and meet-and-greet with the presenters at 7:00pm, show starts 7:30pm. Entry is via a free ticket, which you can reserve here: Eventbrite ticket for Secret Coast Expedition show, November 13

Vancouver Island’s rugged, surf-washed outer coast is a wilderness that is home to bears, wolves and whales, yet visited by few humans. However, two and a half centuries ago, this region was the meeting place of four distinct cultures. 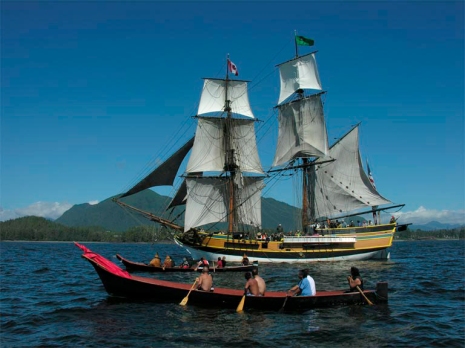 Why the “Secret Coast”?

Few Canadians know about the historic events that took place here: the important role that Spanish explorers played by making first contact with the Nuu-chah-nulth inhabitants in 1774 and founding the first European settlement at Nootka, or the tensions between American fur traders and the Nuu-chah-nulth, which culminated in the enslavement of two Americans by Chief Maquinna, then later the blowing up of the American ship the Tonquin in 1811.

And, although many Canadians have heard about, or even hiked, Vancouver Island’s famous West Coast Trail, few have heard of the wild, scenic, and even more rugged and remote coastal routes “up-island,” to the northwest.

In 2019, and with the support of the Royal Geographical Society of Canada and the Spanish Embassy in Canada and a number of other sponsors, two modern-day explorers voyaged to this remote coastline, spending one month in the wilderness, travelling both on foot and by ocean kayak.

Our route started in the north. We dropped in by float plane to Rugged Point, at the entrance to Kyuquot Sound, and hiked the shores of the Tatchu Peninsula, Nootka Island, and Hesquiaht Peninsula. There we picked up our sea kayaks and continued paddling on the ocean (just as the first Nuu-chah-nulth inhabitants did) to the village of Tofino.

During that month, we passed through the sites where many of these historic encounters took place – places now mostly wild and uninhabited. Our explorations and discoveries are being documented in words and in photographs: through social media and blog posts, and in media interviews and presentations, and eventually in a book.

Learn more about the history of this fascinating stretch of coast, or contact us with any questions or ideas. Many thanks to the wonderful sponsors of the Secret Coast Expedition 2019.

This is an extremely historic, but little-known section of coast. The ancestors of the Nuu-chah-nulth people arrived here at least 13,000 years ago, almost certainly via a coastal route, and much of their history and stories are still alive through their oral traditions. We will pass through the territory of three Nuu-chah-nulth nations on our journey: Nuchatlaht, Mowachacht/Muchalaht and Hesquiaht, and we hope to interact with them and learn from them as much as possible along our way.

Our route will take us to many more recent historic locations, too, ranging from the site of the first known contact between Europeans and the indigenous people on the west coast, to the only place in Canada that was shelled from the ocean during World War II.

Our route will be mostly through wilderness (although unfortunately some sections have been affected by clear-cut logging). We will pass through several little-visited provincial parks along the way (Rugged Point Provincial Park and Hesquiaht Peninsula Provincial Park) – but pretty much our entire route will be through wilderness and along pristine coastline, inhabited by bears, cougars, wolves and at least three species of whales – a landscape little changed from how it was hundreds, or even thousands of years ago. This video explains more:

We are Jacqueline Windh and David Gilbert – athletes and adventurers who live on Vancouver Island, off Canada’s west coast.

We’re a husband and wife team, veterans of numerous rugged expeditions together: on foot through the Himalayas, the Andes, the Kalahari Desert and the Caribbean, as well as by kayak on the wild waters off Vancouver Island’s west coast. We’re also endurance athletes, and we have run numerous ultramarathons together – foot races with distances ranging from 50 km to over 200 km – and we work great together as a team.

We each bring our own unique skill-set and responsibilities to this venture.

Jacqueline is the expedition leader and coordinator. She is a PhD scientist as well as an accomplished photojournalist, and she will be in charge of The Secret Coast media and outreach programs. Find out more about Jacqueline Windh.

David is The Secret Coast’s logistics coordinator, as well as our safety officer and first aid officer. He will also function as  the expedition’s strongman and official heavy gear packhorse. Find out more about David Gilbert.

We are both committed to travelling safely, and to the principals of minimum-impact and leave-no-trace. We are fully aware that we will be travelling through pristine ecosystems, inhabited by wildlife ranging from the intertidal organisms that can be crushed if we walk over them, to large carnivores including bears, wolves and cougars.

We are planning this expedition with great care, and researching everything meticulously: we absolutely don’t want to damage the environment, or harm any of the wild creatures, or create any situation that could lead to needing a rescue.

Link through to learn more about the steps we are taking regarding risk mitigation and safety, and to minimize our environmental impact

Please take a look at the wonderful sponsors who have joined us so far, and please contact us if you are interested in a sponsorship opportunity or would like more information! 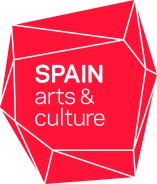 Other sponsors and supporters: